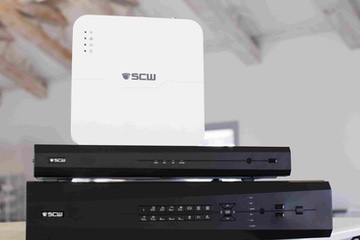 Don't use a PC drive in a surveillance device!


When SCW installs a hard drive in your NVR, you can trust that it is the right device for the job. Hard Drive manufactures make different hard drive lines for different computing needs. For example, this is Seagate's line of HDDs: a line for personal computers, a line for backup devices, and a line for surveillance. They make multiple lines because different types of devices need a different mix of endurance, speed, and accuracy.

Why have different lines? What makes a Surveillance Hard Drive Special?

Surveillance rated drives are extremely high grade, specialty hard drives designed to be operated 24/7 for years on end without failure and without overheating. A normal PC hard drive will most likely burn out within 6-8 months from the strain of recording several video feeds 24/7. The reason for this has to do with the sheer amount of data that a surveillance system creates and stores.

A PC hard drive is a sprinter.

Most personal computers need hard drives that can access (read) information as quickly as possible, but don't have to store (write) data that frequently or in large amounts. Reading files is a bit easier to do than making files. People usually aren't creating and saving really big files on their laptops, and when they do, they don't need to save them as fast as possible. This means that your computer hard drive isn't making that much heat. If and when it does it start to overheat, it can just slow down how fast it saves stuff until it cools down.

A surveillance rated hard drive is a marathon runner.

Surveillance systems, on the other hand, have very different needs. They don't need to read data that frequently, but need to be able to write very, very large amounts of data in real time and they can't slow down. As such, surveillance drives have different modifications to them to increase how well they handle heat. For example, almost all computer drives have normal air in them, while larger surveillance drives (which usually have more data to store at once) have helium inside, because helium has a higher thermal conductivity and can pull the heat out of the sensitive drive components. Surveillance drives of all sizes have lower power consumption, which also keeps them from overheating by working a bit like a governor on a car.

Like anything else in life, the faster you make something in computing, the more error prone it will be. Surveillance footage can present legal liabilities if it gets lost or deleted, so surveillance drives have some reliability features built in, like live error checking or RV sensors to make sure that they are operating properly. These features make the drive slower at reading and recording bursts of data, but also make them less likely to corrupt files, miss frames, or lose data. 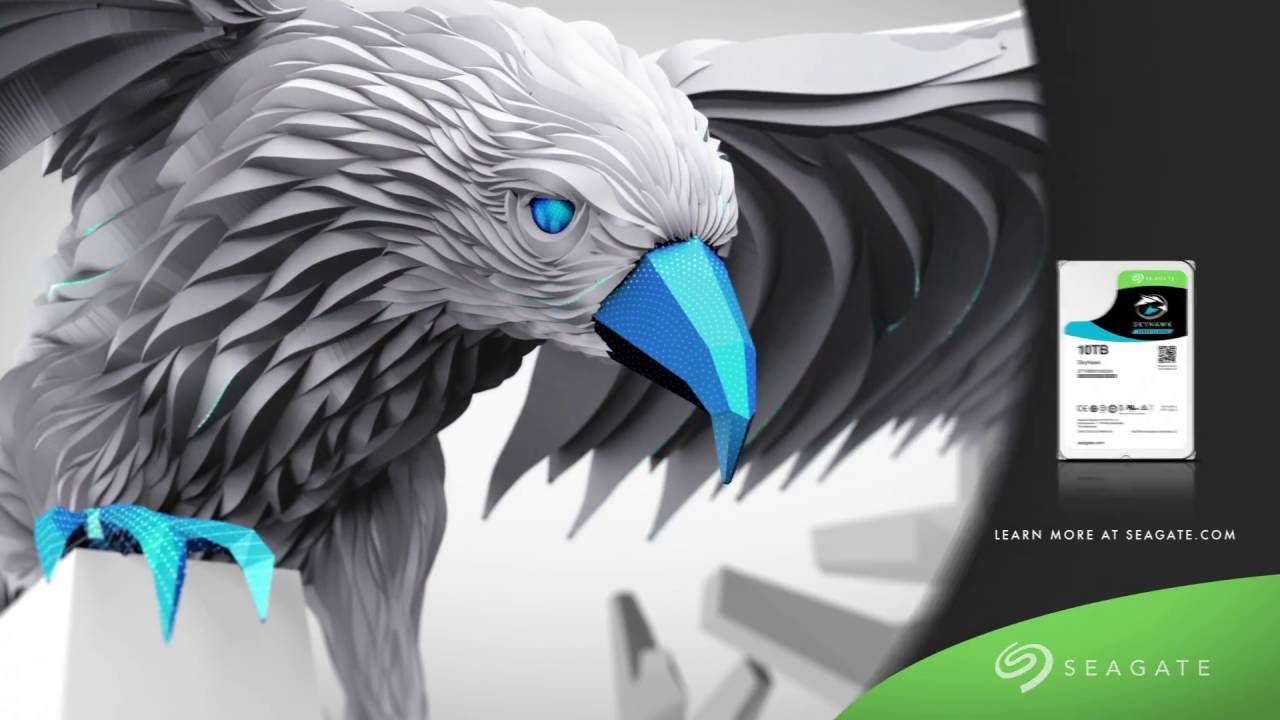 We use Seagate's Skyhawk models.

If you buy a NVR at the same time we includ in your purchase of a hard drive, we install and format the drive.

If you purchase both a hard drive(s) and recorder from us, we will happily install the hard drive for you. but here's a handy guide if you want to do it yourself. 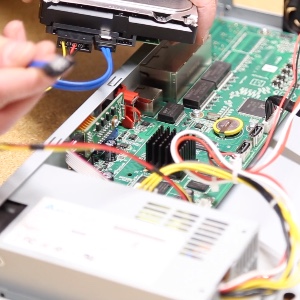