One of the only Fire Sensors that can be used in the kitchen!

Does not send an alert or wait for your response, as smoke or fire can make people non-responsive.

Don't let burning toast spoil your day! Our 3-in-1 sensor allows you to turn off the smoke function and just use the Heat and Rate-of-Rise Temperature feature, so that cooking mishaps doesn't set off your siren and send the fire department!” 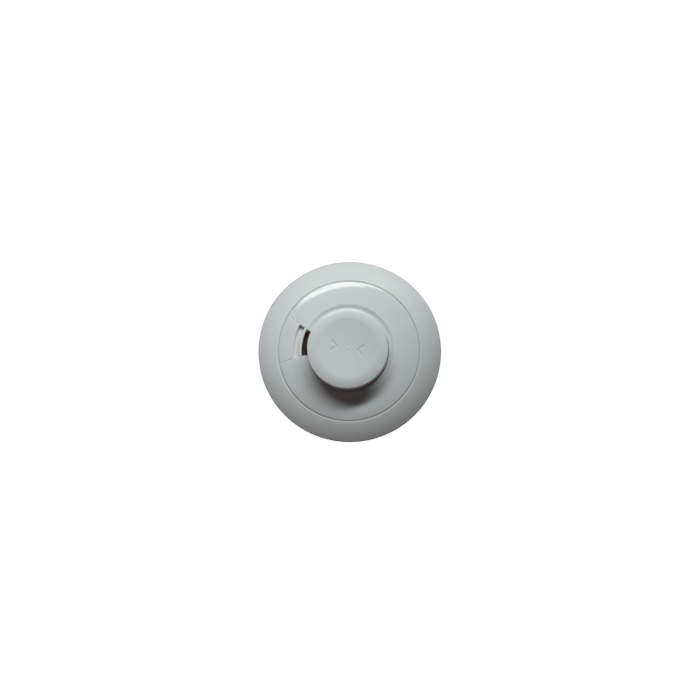 Whether you plan to DIY install or want us to do it for you, we're as flexible as you need.

One of the only Fire Sensors that can be used in the kitchen!

Does not send an alert or wait for your response, as smoke or fire can make people non-responsive.

Don't let burning toast spoil your day! Our 3-in-1 sensor allows you to turn off the smoke function and just use the Heat and Rate-of-Rise Temperature feature, so that cooking mishaps doesn't set off your siren and send the fire department!”

Three in One: photoelectric smoke, fixed heat, and rate-of-rise detection in one sensor

Why three detection methods matter: Traditional photoelectric-smoke-only detectors often falsely go off when you cook food or start up your car, so they weren't a good fit for kitchens or garages. You can install this 3-in-1 sensor in your kitchen or garage (the most common places where fires start), set it to detect only temperature and heat, and live your life without having constant false alarms.

Spec Sheet for the 3-in-1 Fire detector

Smoke Detection. Where required by applicable laws, codes, or standards for the specified occupancy, approved single- and multiple-station Smoke Alarms shall be installed as follows:

(1) In all sleeping rooms and guest rooms

(2) Outside of each separate dwelling unit sleeping area within 6.4 m (21 ft) of any door to a sleeping room, the distance measured along a path of travel

(3) On every level of a dwelling unit, including basements

(4) On every level of a residential board and care occupancy (small facility), including basements and excluding crawl spaces and unfinished attics

1. Select a location complying with the advice above.

2. Lift off the mounting plate from the Smoke Alarm.

3. Place the mounting plate on the ceiling exactly where you want to mount the Alarm. With a pencil, mark the location of the two screw holes.

4. Taking care to avoid any electrical wiring in the ceiling, drill holes using a 5.0mm drill bit through the centre of the marked locations. Push the plastic screw anchors provided into the drilled holes. Screw the mounting plate to the ceiling.

5. Insert the battery or batteries, ensuring the orientation is correct. If the battery is already installed in your Alarm just pull the battery tab to power the Alarm.

6. Carefully line up the Alarm on to the mounting plate, gentle press home and twist clockwise. Install all the other Alarms similarly.

7. Press the Test button on each Alarm to ensure that the Alarm works

Hot smoke rises and spreads out, so a central ceiling position is the recommended location. The air is “dead” and does not move in corners, therefore Smoke Alarms must be mounted away from corners. Keep at least 305mm (12”) from walls and corners (see Figure 3). Additionally, mount the unit at least 305mm (12”) from any light fitting or decorative object which might prevent smoke entering the Smoke Alarm.

If ceiling mounting is impractical, Smoke Alarms may be mounted on a wall, provided that:

b) the bottom of the detection element is above the level of any door openings; Wall mounting should only be considered where close spaced beams or similar obstructions may preclude ceiling mounting. It is considered to be the responsibility of the installer/client to determine if the presence of asbestos in the ceiling material would make ceiling mounting ‘impractical’.

On a Sloping Ceiling

With a sloping or peaked ceiling install a Smoke Alarm within 610mm (24”) of the peak (measured vertically). If this height is less than 610mm (24”) the ceiling is regarded as being flat (see Figure 4).

DON’T place Smoke Alarms in any of the following areas:

• Bathrooms, kitchens, shower rooms, garages or other rooms where the Smoke Alarm may be triggered by steam, condensation, normal smoke or fumes. Keep at least 6 metres (20ft) away from sources of normal smoke/fumes.

• Locate away from very dusty or dirty areas as dust build-up in the chamber can impair performance. It can also block the insect screen mesh and prevent smoke from entering the smoke detector chamber.

• Do not locate in insect infested areas. Small insects getting into the smoke detector chamber can cause intermittent alarms.

• Near a decorative object, door, light fitting, window moulding etc., that may prevent smoke from entering the Alarm.

• Surfaces that are normally warmer or colder than the rest of the room (e.g. attic hatches). Temperature differences might stop smoke from reaching the Alarm.

• Next to or directly above heaters or air conditioning vents, windows, wall vents etc. that can change the direction of airflow.

• In very high or awkward areas (e.g. over stairwells) where it may be difficult to reach the Alarm (for testing, hushing or battery replacement).

• Locate the Alarm at least 1m (39”) from dimmer controlled lights and wiring as some dimmers can cause interference.

• Locate Alarm at least 1.5m (59”) and route wiring at least 1m away from fluorescent light fittings as electrical “noise” and/or flickering may affect the unit.
/ images