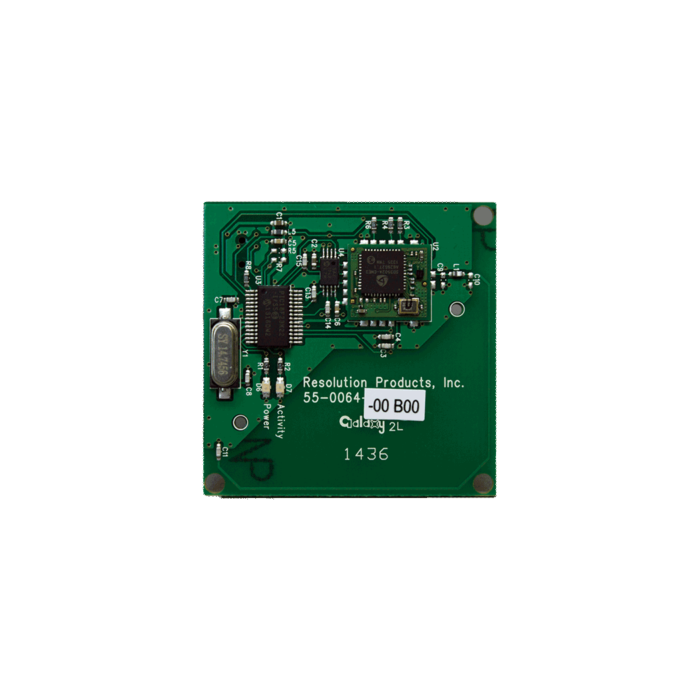 Whether you plan to DIY install or want us to do it for you, we're as flexibile as you need.

If you order the Alarm Hub and the Z-Wave card at the same time, we'll install it for you, before it ships.

We're happy to assist you in helping get your Z-Wave and 3rd Party expansion card to work with the thousands of devices that work on the Z-Wave standard or with legacy alarm equipment. However, our support is limited in this regard.

Because we do not control or carry non-SCW devices, we cannot:


The security industry generally uses closed ecosystems. We try to be as open as possible, however, SCW cannot prevent third parties from changing their protocols or locking down their devices.

Flashes with each Zwave message received from the panel

On - When the panel is AC powered

Off - When panel does not have AC power

As long as you ordered the expansion card when you ordered your SCW Shield Alarm Hub, you won't have to. We do it for you before we ship either unit for you.

If you ordered them at a different times, you will have to install it yourself, but it is pretty easy to do. Here's a handy PDF on how to do it. Feel free to give us a call if you have any issues.

This module can be placed in expansion slot 3 of the SCW Shield panel.

How to add third-party sensors

With the translator, sensors are enrolled into the panel via RF transmission. Once enrolled, the zones are configured in the panel the same way as Shield zones. It is important to follow enrollment instructions carefully, and execute the steps in order, so that devices are enrolled properly. Before enrollment, the panel will first need to be set to the proper translator protocol and save the panel settings.

1. Prior to adding a new device, if that device has ever been previously used with any other system, or if you’re not sure, the device MUST be first deleted to remove old enrollment settings from the old system.

2. If deleting a device, and either the website or mobile app says “failure”, you MUST try to delete the device again until you get a “success”. You may have to delete a device 2-3 times in some rare cases. Getting a “failure” when deleting the device may leave it in an unknown state, able to enroll or not, or partially enroll and cause hidden problems later.

3. After a device has been successfully deleted from the old system, (or removed from the current system), now may now attempt to add the device. If during the add process you get a “failure” at any point, you MUST start the process over by deleting the device before trying to add it again. Attempting to add the device again without first deleting it, again may cause the device to get stuck in some half enrollment state.

4. If a household has multiple devices, it is good practice to unplug or unpower the other devices while trying to add or remove a new device. Once the SCW Shield is in ADD or DELETE mode, ANY device in the vicinity can be added or deleted.

Some devices, such as the Linear light switches, will automatically respond to any “add” or “delete” command from the SCW SHield (if they’re un-enrolled) even without the installer pressing any buttons! If many of these switches are all powered at once, the first light switch that responds will be added and you will have no idea which one it was, or one that you didn’t intend. This is especially troublesome when trying to delete one of these light switches, but every other light switch on the system is responding to the command all at the same time, so you have no idea which light switch was actually deleted.

Many device autonomously report state changes, if a device such as a thermostat decides to send a temperature report at the same time you are adding or deleting a new device, the SCW Shield may accidentally remove, or re-add the thermostat instead!

When enrolling devices, it is good practice to have them within direct range of the SCW Shield. The IGMs DO support adding or deleting devices across a Z-Wave network without direct range, however many devices on the market do not support this feature and it doesn’t always work correctly or reliably.

Z-Wave has limited range, so install devices close together. 50 feet max, even less if there walls in between the devices. If customer wants to place a device farther than this, or customer is having range issues, place some devices in between the SCW Shield and the end device to fill the gap. Z-Wave messages should hop from device to device, each device that has wall power usually acts as a repeater (mesh system).

Every Z-Wave device has its own way to enroll into the SCW Shield so please refer to that device's manual. Some require a single button press, some require two, some require a key code sequence; they’re all different.

o DWS: Open the cover of the sensor

o PIR & Glass break: Open the cover of the sensor

o DWS: Open and close the cover of the sensor

o PIR & Glass break: Open and close the cover of the sensor

• NOTE: Honeywell sensor types must be enrolled in the following order.

Allow no more than 3 seconds between actions

◦ DWS: Open and close the cover of the sensor

◦ PIR & Glass break: Open and close the cover of the sensor

◦ Panic: Napco Panic is not supported by the translator

◦ DWS: Cycle the door or window contact three times, either open-close-open or close-open-close. Allow 2 or 3 seconds between actions.

◦ Glassbreaks: Open and close the cover of the sensor

• Verify in the web portal or installer app that the device shown, device type, and settings are correct for each zone.

• Verify that the correct number of zones were enrolled into the panel.

Z-Wave devices can be controlled via the Interactive function.