Recently we came across this absolutely terrible, mathematically-impossible, marketing claim.

2K is half as wide as 4K - which is the new standard for Ultra High Definition TVs, and, like 4K, it can refer to a few different resolution combinations that have a common theme.

Here's a visual from CNET showing the area difference between a 1080P, 2K, and 4K screen:

It is absolutely obvious from this image that 2K is NOT twice the resolution of 1080P. 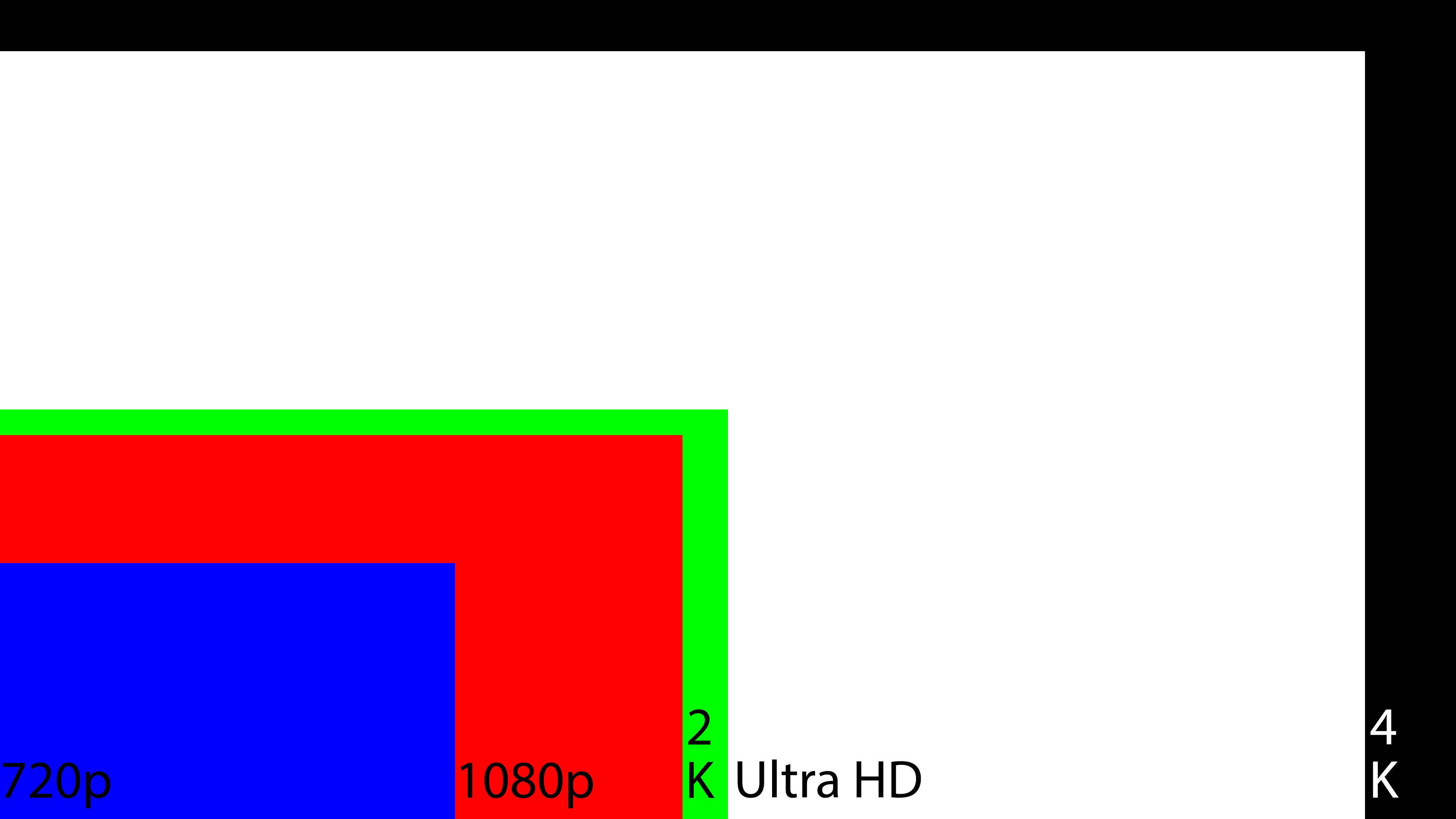 4K is twice as wide as 1080P and twice as tall. This means that the area is four times as large. In other words, if all the pixels were exactly the same size, you can fit four 1080P TV's in the space of a single 4K TV, as shown in this image.

Most people refer to 4K TVs having four times the resolution of a 1080P, but a more technically correct way of phrasing this would be that 4K has four times the number of pixels as 1080P. Our language hasn't caught up with technology and this is a colloquial way that we talk about a television's resolution.

The problem is the word "resolution" can mean "density of pixels in an area" or total pixels.

Our language with TVs doesn't typically use DPI and instead people usually talk about total pixels. Talking about resolution this way is normal for televisions and cameras, but can be very confusing for people who are more used to printers. Therefore, it is a better practice to include the total pixels or total image quality when talking about, for instance, dome camera quality. This is why we always display the total number of pixels and image dimensions on all our cameras models.

An 8MP camera records in 4K because "MP" stands for "mega" pixels. Mega is Latin for "million." So, an 8MP camera is recording 8 million pixels, just like 4K.

*editors note: despite having a 4 million pixel sensor, 4MP cameras record approximately 3.7 million pixels in order to fit correctly on a monitor. This is a strange quirk of how images are displayed on screens, but it is industry standard.

Back to the original claim

What could this company do to make this "double the resolution" claim true?

If they were selling 4MP cameras as double the number of pixels as 1080P, they would be much closer to correct and within industry standards for communication. There's no way that a 3MP camera with 3 million pixels is two times the resolution of a 1080P camera with 2 million pixels. That's nonsensical.

Looking for a complete 4MP system? In the menu at the top of this website, there's a link that says "systems" delineating them by the number of cameras. In each of those pages, there are two different 4MP systems. If you need a 4MP four-camera system, look for the "systems" link at the top of the page, click on "4 Camera Systems" and then scroll down. Two of the three systems on that page will be in 4MP resolution.