Update from Wednesday, May 23 2012: The claims by Kelora against Ebay, Microsoft, Adobe, Target, etc have been invalidated. We did an updated post here which is mostly just other site's commentary about the ruling that our readers found. I am not a lawyer, so this isn't legal advise, but if you get a letter about patent infringement from Kelora, I would not pay it as their patent infringement claim has now been invalidated.

So we got a letter from Manatt, Phelps & Phelps, LLP yesterday, alleging that we owe them $70,000 for using their patent (number 821) on "Guided Parametric Search."

If you own an e-commerce website, you probably have gotten one of these as well. Kelora is suing Microsoft, eBay, Adobe, Target, and many, many other companies.

Here's what you need to know.

*Disclaimer: we aren't lawyers and this isn't advice. This is just our story.

Kelora is what's called a patent troll. They are a company in the least sense of the word; they do not exist to create a product. They bought a patent that was applied for years after almost the entire web had been using guided parametric search. They lost most of the rights to that patent, appealing that decision, and while in the appeals process have the ability to go after companies who use guided parametric search. 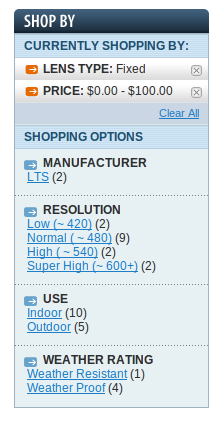 Guided parametric search is (this is from the original United States Patent 5715444 issued in 1998, which Kelora obtained) "A process for identifying a single item from a family of items presents a user with a feature screen having a series of groupings. Each grouping represents a feature having a set of alternatives from which to select. Selected alternatives are used as a selection criteria in a search operation. Results of the search operation is a revised feature screen indicating alternatives that remain available to the user for further selection and searching."

If your website has a way that you can select all the items in a category, and then narrow that category by price, feature, or other selling points, Kelora thinks you owe them a very large amount of money.

Kelora alleges that the way that we do product filtering is what infringes upon their patent. (This example is from our dome camera page) -->

Well, we aren't paying. Here's why:

Here's the ruling where Kelora and PartsRiver lost rights to their claim and had to amend the patent (PartsRiver dropped out after this ruling).

While litigation before this Court was ongoing, the U.S. Patent and Trademark Office (PTO) was conducting an ex parte reexamination of claims 1 and 2. There, the patent examiner initially rejected claims 1 and 2 as being clearly anticipated by prior art. PartsRiver sought reconsideration of this conclusion, arguing the prior art clearly did not teach the subject matter contained in claim 1. The patent examiner dismissed PartsRiver’s arguments, concluding that PartsRiver relied on features that did not appear in the language of the claims subject to reexamination. On or about September 18, 2009, PartsRiver appealed the patent examiner’s final rejection to the Board of Patent Appeals and Interferences (BPAI).

From there Kelora became the sole owner of patent 821 and amended the patent against Microsoft and Ebay. Microsoft and Ebay, responded by arguing that since the first patent claims (1 and 2) were invalidated by prior art, and this new claim which utilizes the newly amended patent (number 9) is also invalidated. The courts did not agree, but stated that all claims before November 2, 2010 (the issue date of the ex parte reexamination certificate) were invalidated. The court ruled that Kelora cannot seek damages for infringement before November 2, 2010.

3. Kelora's in a bunch of really expensive lawsuits with a bunch of really large companies like Ebay (who owns Magento -- the shopping cart this site uses), Microsoft, Adobe, etc and they are just looking for an easy buck to keep the fight going with those guys. Kelora hired Manatt, Phelps & Phelps, LLP on contingency basis only, which means that they only get paid if they win. This is why they are suing smaller companies: trying to strong arm those who don't have the resources to fight back.

What should I do if I get this letter?

3. We are hearing that people who contact Manatt, Phelps & Phelps, LLP, even to tell them that they won't be paying, get harassed by Manatt, Phelps & Phelps, LLP. We were told that the wisest thing is to just pretend that you didn't get the letter. If this has happened to you and the Nov 17 ruling adversely affects Kelora, you may have the right to go after them for harassment. You should talk to a lawyer; I wouldn't be surprised if Kelora closes up and declares bankruptcy if they lose, so you should do that quickly.

5. If you have been harassed by Manatt, Phelps & Phelps, LLP, you may be interested in this Yahoo group: http://tech.groups.yahoo.com/group/Us6275821/ and this forum: http://www.hackerne.ws/item?id=2808110 (which shows some of Kelora's older history) 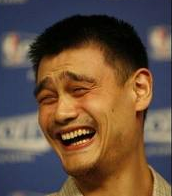 The actions of Kelora and many companies like it are the perfect example of how our patent law system is broken in our country. Until the government makes drastic changes to that system there will continue to be massive harm to our economy and suppression of innovation. Anyone with enough money and high powered lawyers can ruin someone's life just to make a buck. A vampiric company whose sole purpose is to file frivolous lawsuits shouldn't be allowed to exist.

(Update on the white house's response to the petition).