These points came from a bunch of my (Matthew's) reddit comments, but since they will eventually become unavailable and they were a bit spread out and they didn't have pictures, here's a permanent place for those points.

Before we get too far, there are a few pieces of software that you probably will want to have installed to customize Unity. I can't remember if all of these are installed by default, but to make things easier you probably want to install Ubuntu Tweak and make sure CompizConfig and CompizConfig Settings Manager are installed before you get too far. Most of you should have the last two installed by default (but there are a lot of version of Ubuntu 11.04 out there... so who knows).

Type CCSM into the search bar on the dash. This will pull up the CompizConfig Settings Manager; almost all of your settings for Ubuntu are there. 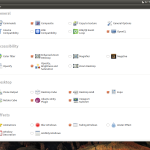 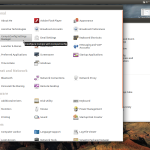 If you want to change the size of the Unity Launcher Icon sizes or behavior, click on "Ubuntu Unity Plugin" under "Desktop." It would be nice to have the upper and lower limits raised, but, it's a first draft.

Claim - the new alt-tab sucks, I can't tell which instance of Terminal (or Bluefish) is which and I can't change it

If you want to change the way that alt-tab works, click on "Static Application Switcher" which is also in CCSM. 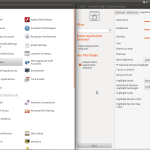 Once you are there click on the appearance tab and then the "selected window highlight" section. If you select "highlight mode" --> "Bring Selected to Front" pressing alt tab will show you that file directly as it was the Focus application. This helps me differentiate between different window instances of the same program-- especially when I am using multiple instances of bluefish or terminal or gedit which are notoriously bad for having to be in different windows and also all looking the same. 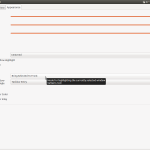 Claim - I can't add new icons to the Launcher

If you want to add a icon to your launcher, you just right click it's icon in the launcher when it is running and press "Keep in Launcher."

The launcher is incredibly adaptable, sadly there is no interface yet to create launcher items with these advanced options, but there will be soon. EDIT: here's an early stage quicklist editor.

For example, You can pull data from your favorite website and place the information into it's own dash-type interface.

You can get lists so that your favorite applications can have multiple options when you right click them, allowing you to not only start an application but build context rich menus. This is especially useful for game lists or web applications or getting to your music or video folders qucikly or lots of other things.

Expert Protip: If you feel comfortable editing code, you can put custom Unity Launcher icons in YOURLOGINUSERNAME/.local/share/applications/ and then drag them to your launcher; you can edit the code if you know what you are doing and all all sorts of cool options that you could never do with Gnome2. Again, there isn't a GUI tool for this yet, but there will be.

Claim - I can't launch another instance of a program

Middle click the icon in the launcher (or click with both buttons at once if you don't have a middle mouse button) to open a New window.

Protip: once you have multiple instance of an application running, alt click the icon in the launcher. It's pretty sweet. 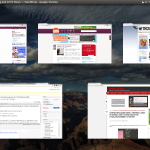 You can always move windows between workplaces, you just have to avoid the edges of the screen or it will engage the snapping windows options. Snapping windows is a feature many Windows 7 users are accustomed to; the Ubuntu version resizes a window to exactly half the screen when you drag it to the screens edges. This makes it very easy to size two windows to share space one screen at one time. Many of us think they are awesome, but if you don't like them, you can Disable Snapping Windows in CCSM if you want to move windows between workspaces without worry about these edges.

Yes you can. Disabling the global menu is more complicated, but I bet someone will add it to CCSM soon.

Askubuntu has a writeup on how to add SSH Launchers to the Launcher.

To remove the drives from your desktop, you will need to install Ubuntu Tweak. From there navigate to Desktop Icon Settings under the Desktop heading in the left nav of Tweak. You will see a checkbox that says "Show mounted volumes on desktop." This will stop both FTP drives and SSH dives (and external drives) from showing up on the desktop.

Don't like that it does FTP, SSH, and external drives at the same time? Don't worry too much, eventually, someone will split this option so that it isn't all or nothing.

Askubunut has two easy ways to add FTP drives to the launcher:

The way to remove FTP drives that show up on your Unity desktop is the same as the method described above for SSH drives.

If you want to rearrange the menu items in the launcher, just drag them off the launcher and then back on to a new position. Yes, it is more intuitive on a desktop to just drag them down, but that would pose serious problems with both touch-based devices and smaller screen laptops.

Claim - I can't move the Launcher Menu and Dash

You're right. Temporarily. Mark Shuttleworth says that Ubuntu won't do it because it needs to be near the Ubuntu logo for the functionality to really work. However, Mark has also suggested that if people want that option they are free to build it; there are several people who say that they are working on building a .deb that will allow you to do just that but to date it doesn't look like anyone has finished it. It's free open source software, sometimes it takes multiple people's contributions to get things to work. It will come.

However, if you really want a program launcher at the bottom, click settings and then "Launchers & Menus" and then switch "Touches the top left of the screen." Then go to Unity Plugin in CCSM and click "Hide Launcher"-->"Autohide" This will make the Unity Launcher only rarely be seen. Then install Docky or AWN or Cardio and put it at the bottom.

Gnome itself is phasing Gnome 2 out because they are moving to Gnome 3. This is Gnome's decision; Ubuntu just had to react to it. If you want the classic gnome 2 style menu back in Unity -- even after gnome 2 is dead, you can install one in the indicator area. Come 11.10, you will probably have to install a few dependencies, depending upon what is included with Gnome3 (which will be included in Ubuntu 11.10), but obviously whoever developed this addon is as concerned as you are that they might lose the Gnome 2 menu system.

Claim -- Thanks for trying, Matt, but I still don't like Unity

For now, if you still hate Unity, log in to Classic (Gnome 2) at the login screen. Come 11.10 you can log into Gnome 3. If you don't like Gnome 3 or Unity, you will still be able to get Gnome2 for some time -- maybe even forever -- from the main repos. If Ubuntu pulls it from the main repos you could still get it from several PPAs.

1. It would be nice if there was an option to disable the global menu when multiple windows are sharing screen space. However, this will not always be better. For some people having the option to show the menu on the windows when four windows were open on one desktop would be better. For other it wouldn't because it would take too much screen space. This "smart disable" would need to take into effect what device you are using (if it is touch compatible), what type of monitor you are using, and it's resolution.

2. The organization of the dash could be a lot better.

3. It would be nice if the dash and launcher could be moved, but I would keep it placed on the left as it is and I think most people would too. With screen size real estate being more horizontal than vertical, the way that they are should be default, but for those of us who do

4. Yes, there is a bug where you can't right click maximized window borders. Submit a bug report, don't write a bitchy blog post about it.