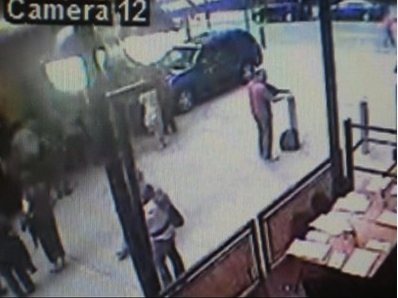 Well looks like you can thank the good efforts of someone's security cameras in the apprehension of the guy that crashed his car in Time's Square to scare people into thinking he was going to blow it up. In the beginning they had no clue who or what the guy looked liked. I am sure with NYPD's police detectives they hit the block looking for information and using a court order to gain access to nearby surveillance footage. Even in situations like these, you think more and more buildings would integrate security cameras to capture the footage. It is hard to explain the shier desperation as to why real-estate landlords should just put them up, however, it seems like terrorist attacks like this one are the catalyst behind the implantation of security cameras. I mean in less than a week, after getting access to security cameras, the man was caught. Again we have been stressing that it is hard to fight an eagle eye approach to life. It is very amazing how the surveillance cameras never lie and are always were most people never suspect them. Bet the wanna-be bomber did not think to look for a security camera before he started his terrorist plot. Even if he did this is a situation where, the cameras where there to help police apprehend a potentially dangerous criminal off the streets. I hope this post for many business owners and elected officials moves them into some sort of legislation or meeting on making sure security cameras become a standard, no one likes un-awnsered questions.