Why is there so little difference?

Mostly the lack of difference in night vision is due to the US military, which regulates what can be released to consumers. Other than two changes, Smart IR and brighter IR light bulbs, there's been very little change in the surveillance industry in the last 10-15 years. No matter who you go with, you really are going to get very similar equipment when it comes to night vision, save brighter bulbs, and Smart IR.

We've heard some pretty ludicrous claims about how ________ model's night vision is so much better. Most of these claims are overstated.

Our cameras have Smart IR.

Smart IR allows the camera to reduce or increase the level of infrared light it projects based upon the subject's distance. This allows the image to not get "washed out" by over-exposing the subject. Other than greater distance, this is the only meaningful change in IR in the last fifteen years.

What about distance and the brightness of bulbs?

Do the number of bulbs matter?

No, what matters is the distance rating. Just like regular light bulbs, you can buy low-light IR bulbs and install a lot of them or a single high-powered bulb. There's no real advantage to either. Single bulbs pose a bit more risk of a catastrophic failure because you only have one bulb that can potentially burn out.

How does the Industry measure IR distance?

IR distance measurements do not have an industry-wide formula. Often the same camera parts, by two different manufacturers, will be stated that they have different distances. This is because there is no industry-wide standard on how to measure the distance.

How does SCW measure IR distance?

We estimate the maximum distance in an open outdoor space during normal humidity levels for the United States. (I.E. We put the camera outside of our warehouse in NC and test it on a mostly clear day since we are in a pretty humid place).

What can change an IR distance measurement?

IR measurement is a bit of a subjective thing because IR can vary wildly in different conditions. Fog, humidity, smoke, and scene reflectance can radically change the IR distance. Infrared light is one of the most reflective wavelengths of light and will bounce off of flat surfaces.

Where can I buy a color infrared camera?

There's no such thing.

Some really unethical sellers like to say that their cameras are "color infrared." What they mean is that instead of being black and white during the day, they are color during the day. They do not mean that they are colorizing the infrared spectrum at night. This probably started as totally legitimate, because in the 1970s and 1980s you had to pay a bit more for "high-end" color cameras rather than black and white cameras, but today, this is mostly just shady marketing that implies the camera can do something it cannot.

Anything else I should know about night vision?

It reflects. A lot. An infrared camera will often appear brighter inside than outside in an open space because there are more surfaces to bounce off of. We have tried to simulate both situations in the images below.

Pointing an infrared camera at a window, for example, will bounce right back to the camera and produce an overwhelming amount of useless white light.

Pointing two IR cameras at each other will likewise do the same.

License plates are designed to reflect light to make them easier to be seen by police officers' headlights. This has the unintended effect of making them harder to see with infrared cameras. Because infrared light is more reflective than white light, the images often look like this: 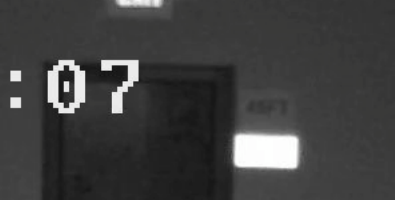 What about Thermal cameras?

Thermal cameras have existed for a while but were only available for military applications. Recently, the US government loosened regulations and began allowing the production of thermal cameras for surveillance purposes, however they limited them to 640x480 resolution. This means that your surveillance camera that normally shoots video at 3 Million pixels per picture would need to be reduced to 1/10th the resolution (307,200 pixels) when in night vision mode. Infrared cameras do not have this resolution restriction. Thermal cameras are very good at confirming the presence of a person but cannot ID who it is and cannot be used in court to confirm identity in the way that infrared cameras can. Facing these restrictions, thermal cameras are less useful, in our opinion, than infrared cameras. 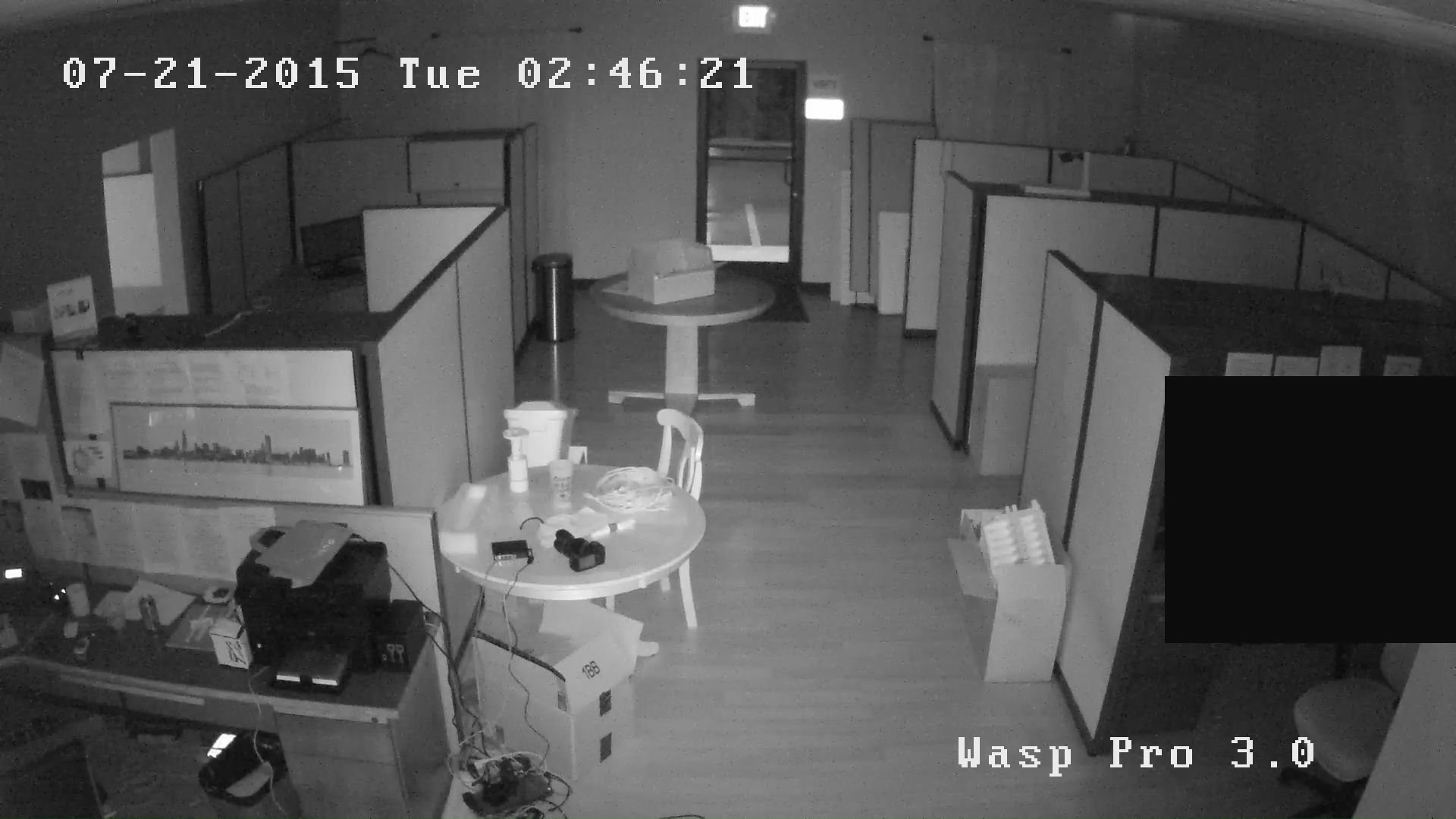 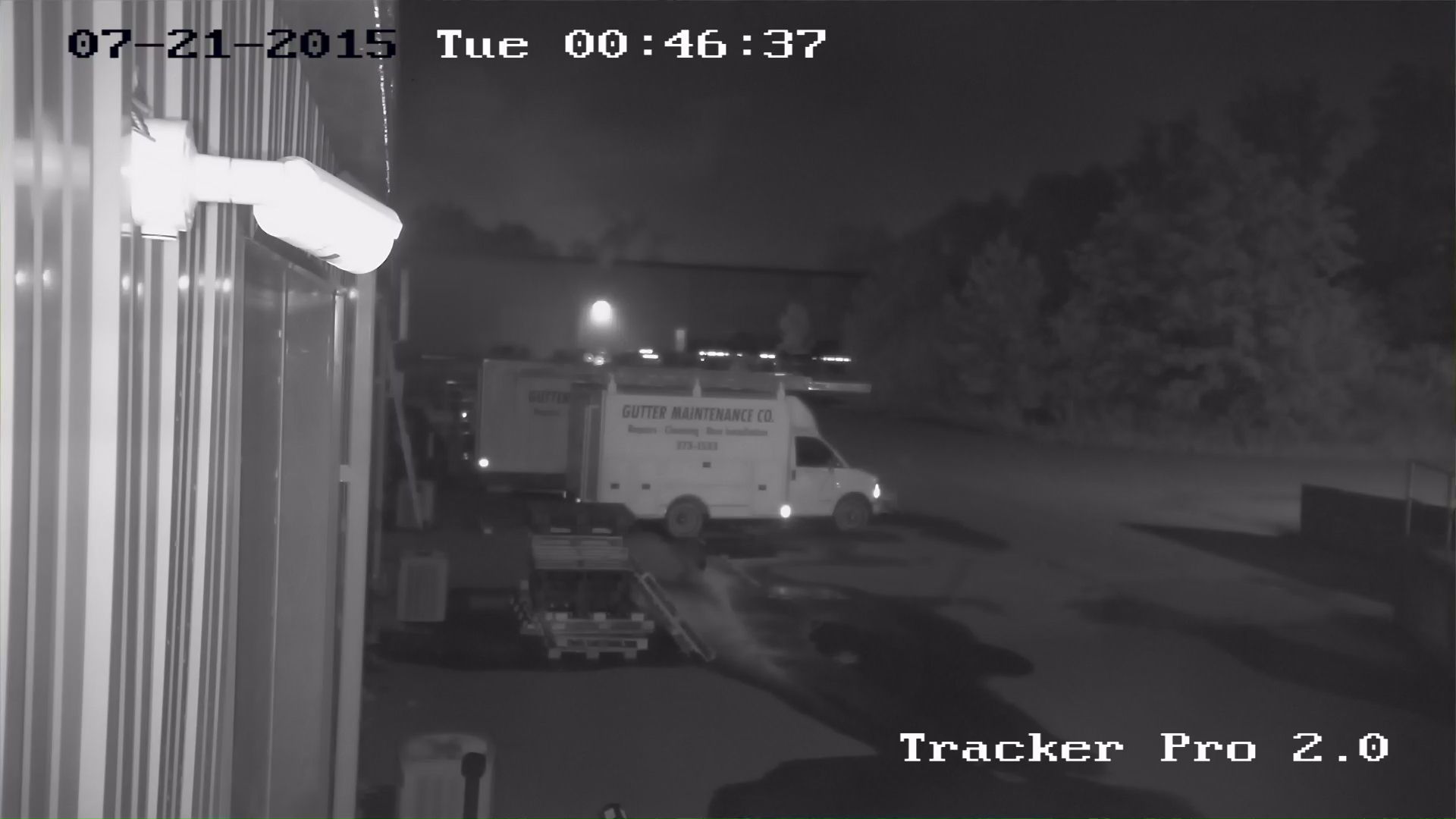 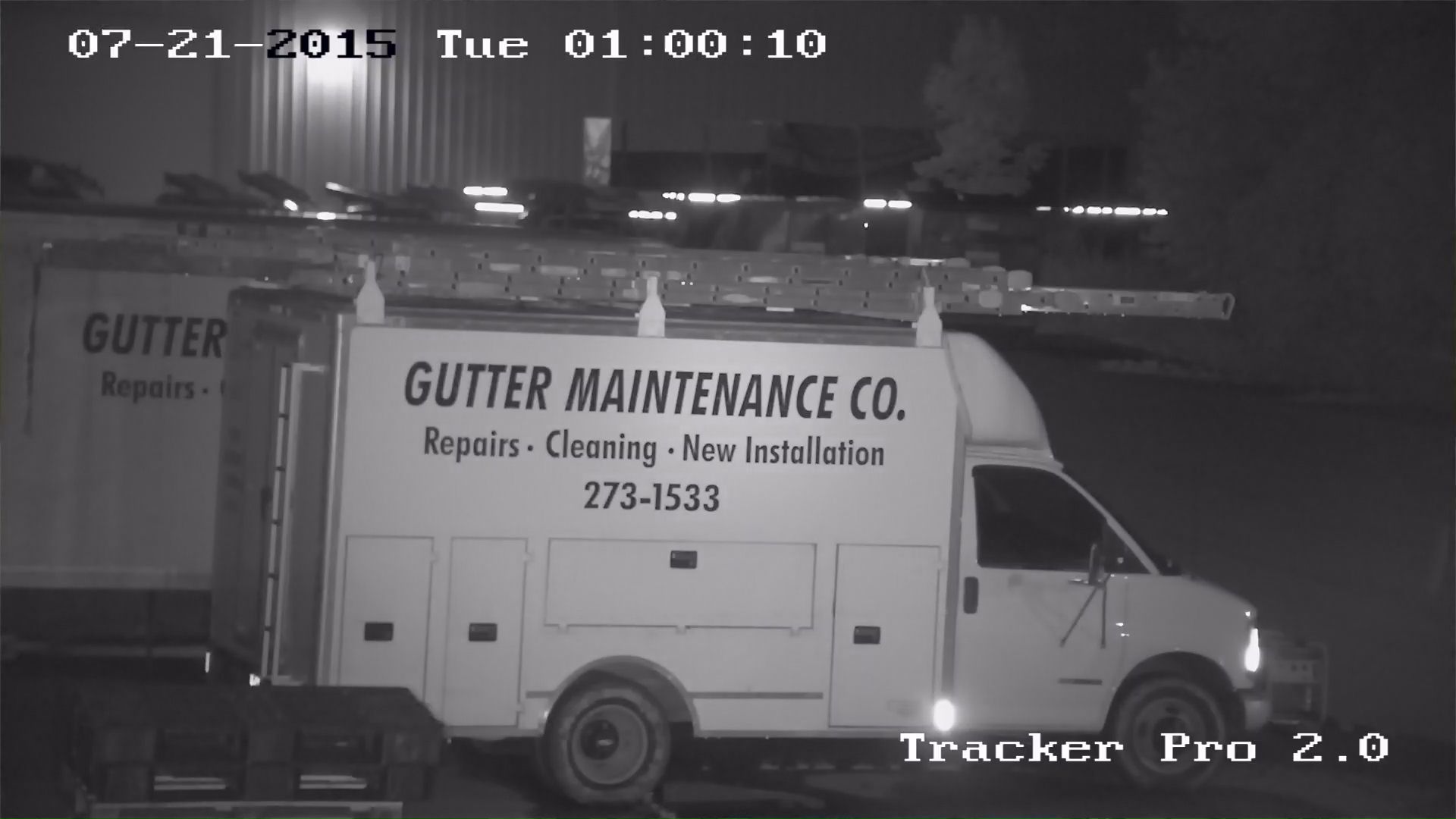 Outdoor Shot; Video from the Tracker

In the last video, you may have noticed a camera in the left-hand part of the screen, facing the window

You can see the IR light bounce off that window back at that camera. You cannot place an IR camera inside a window looking out and expect to get good video. Here's what that camera would see. 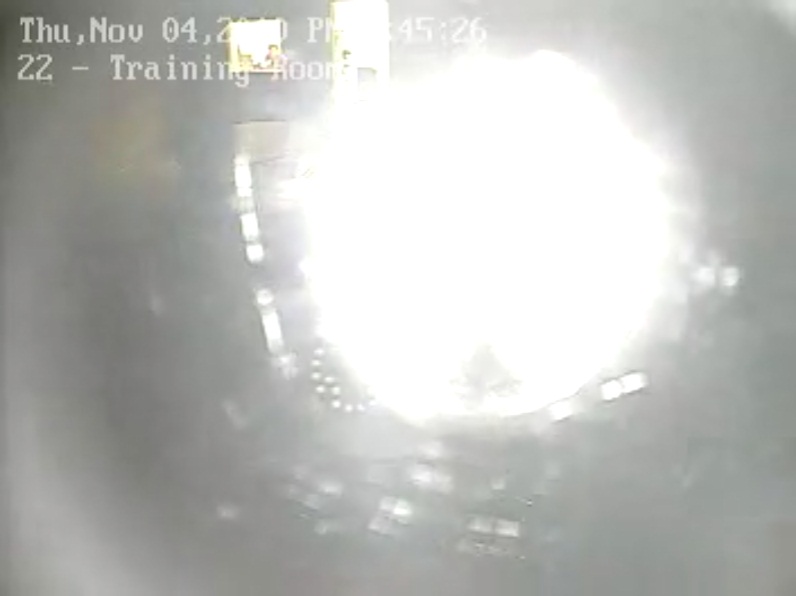